Miche Braden is a singer, actor, musician, songwriter, arranger, and musical director. She is a product of the rich musical heritage of her hometown, Detroit, Michigan., where she was an Artist in Residence with the Detroit Council of the Arts, the founder and former lead singer of Straight Ahead (women‘s jazz band), and was a protégé of Motown musicians Thomas “Beans” Bowles, Earl Van Dyke (leader of The Funk Brothers), and jazz master composer Harold McKinney. As an actor, Miche has appeared in and served as musical director/arranger in The People’s Temple, Gee’s Bend, The Bluest Eye, & Lady Day at Emerson’s Bar & Grill. Her recent vehicle is The Devil's Music: The Life & Blues of Bessie Smith. She serves as Bessie, co-collaborator with Joe Brancato & Angelo Parra (Director & Playwright) as Musical Director, Arranger, & Composer for 15 years. She has been nominated for the Drama Desk, Lucille Lortel Carbonell, & Connecticut Critics Award for TDM.

Anthony Chatmon II is excited to be apart of NYMF. SoCal Native. For the past year Anthony played the Doctor on the 2nd National tour of The Book Of Mormon. NYMF: ILLA- a Hip Hop Musical. Other credits include: A chorus line, Hairspray, Figaro (90210), Hello again, My Fairytale, Colored Museum.

Emily hails from Los Angeles and is so excited to be a part of Acappella the Musical! She comes from an extensive background of a cappella - starting with three-time ICCA champions SoCal VoCals at USC (winner outstanding soloist for "God Bless the Child"), The Voices of Liberty at Disneyland, and most recently the lead of the female powerhouse ELEMENT, on NBC's The Sing Off. Favorite roles include Maureen (Rent), Baker's Wife (Into the Woods), and Carrie (Carousel). www.emilygoglia.com; @emilygoglia

Alex Koceja can't believe he's in his first show in New York! A writer in his free time, he is blessed to be able to work with such a beautiful and talented group. Who knew those years in college acapella would pay off?

Janelle McDermoth is excited to bring this show to the stage! Favorite theatrical credits include: Soul Doctor Off Broadway, HAIR (Int'l Tour), At Buffalo (NYMF). Acappella: Off The Beat, RANGE. www.janellemcdermoth.com; @janellemcdrmt

Gavyn is so happy to be apart of Acappella The Musical! A graduate of Spelman College, she received her BA in Theatre. Gavyn began dancing as a child and continued to perform through singing and acting. Off Broadway: That Bachelorette Show Regional; Little Shop of Horrors, A Chorus Line. Other Credits; The Bluest Eye (director Jasmine Guy), Thoroughly Modern Millie, The Amen Corner, Crowns, and The Glass Menagerie. Gavyn is also an accomplished jazz and choral vocalist, has studied amongst some of the greats at the University of Oxford in England, and comedy improvisation at the world famous Groundlings and Second City in Hollywood, CA.

Garrett is delighted to be making his professional debut in Acappella! A native of Florence, Alabama, Garrett received his B.A. in Music and Creative Writing from Emory University and his M.A. in Music Theatre from the Royal Central School of Speech and Drama in London. Much love and thanks to family and friends! More at garrett-turner.com.

Darryl Jovan Williams has been in such shows as Ark. Rep’s “The Wiz”, Smokey Joe’s Café National/European Tours and recently done the Broadway Cast Reunion at 54 Below. Williams is most proud of being the vocal arranger of Sir. Andrew Lloyd Webber’s Jesus Christ Super Star Gospel in which he also played the critically acclaimed Judas and did arrangements for a 50-voice cast. Williams presently tours the country doing vocal workshops and gospel arrangements for churches and choirs nationally. He has also created vocal arrangements and background vocals for artists like Gladys Knight, Leslie Gore, Ann Nesby and Louis St. Louis. Williams has performed a tour in Bologna, Italy where he had the pleasure of performing for Pope John Paul II.

Virginia Ann Woodruff is so excited to be a part of NYMF in the production of ACAPPELLA THE MUSICAL. She won 2012 MITF award for best actress in a musical. Broadway: VIOLET, LEAP OF FAITH, OPRAH WINFREY presents THE COLOR PURPLE, ALL SHOOK UP and SMOKEY JOE'S CAFE. Nat'l tours: The Who's Tommy, Once On This Island, and The Wiz. Regional production including Efﬁe White in Dreamgirls, Aretha Franklin and Tina Turner in Beehive - The 60’s Musical, ), Films: Harlem Grace, Legally Blonde II, Preaching to the choir. 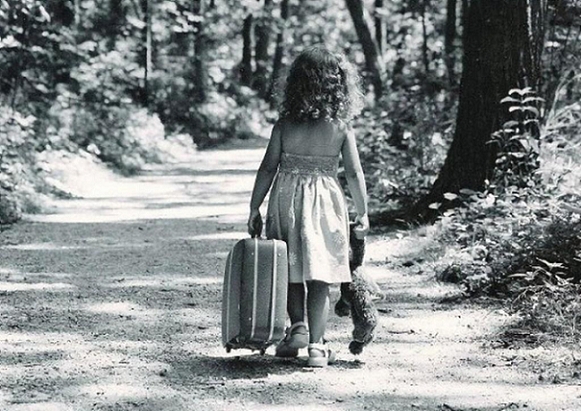 The New York Musical Theatre Festival (NYMF) ensures the future vitality of musical theatre by nurturing the creation, production, and public presentation of stylistically, thematically, and culturally diverse new musicals. The largest annual musical theatre event in America, the Festival presents productions each summer in the heart of New York City's Theatre District, along with an array of readings, concerts, and other special events.